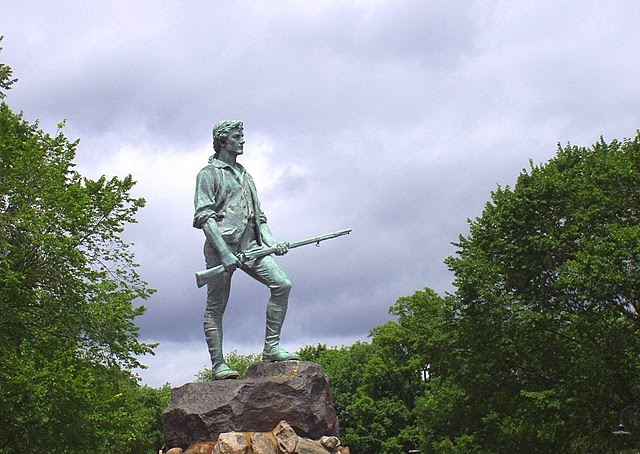 Tomorrow is Patriots’ Day right here in Maine, in Massachusetts, and in a handful of different states. It is a day to mark the anniversary of the Battles of Lexington and Harmony, the primary battles of the American Revolutionary Conflict. As an excellent New Englander with an appreciation of historical past, yearly at the moment I prefer to share a handful of assets for instructing and studying concerning the American Revolution.

Creating Google Earth excursions of Revolutionary Conflict battle websites is an exercise that I did for a few years with my U.S. Historical past college students. College students would create multimedia placemarks for every battle in sequence. The placemarks contained details about the end result and significance of every battle. Here is a video on how you can make a tour with with the browser-based model of Google Earth.

Video Classes
Keith Hughes has a well-liked video by which he explains the American Revolution for center faculty and highschool college students.

Crash Course has an in depth collection on U.S. Historical past. Included in that collection is Taxes & Smuggling – Prelude to Revolution.

Mr. Betts has a YouTube channel on which he posts cartoons and tune parodies to show U.S. Historical past classes. Here is one he did concerning the Battles of Lexington and Harmony.

For Pink Sox Followers!
That is often the day that the Boston Marathon is held and Pink Sox play a morning recreation. Neither is going on this 12 months. For my fellow Pink Sox followers this is a well-known clip from the 2007 Patriots’ Day recreation.

This put up initially appeared on FreeTech4Teachers.com. If you happen to see it elsewhere, it has been used with out permission. Websites that steal my (Richard Byrne’s) work embrace CloudComputin and 711Internet.